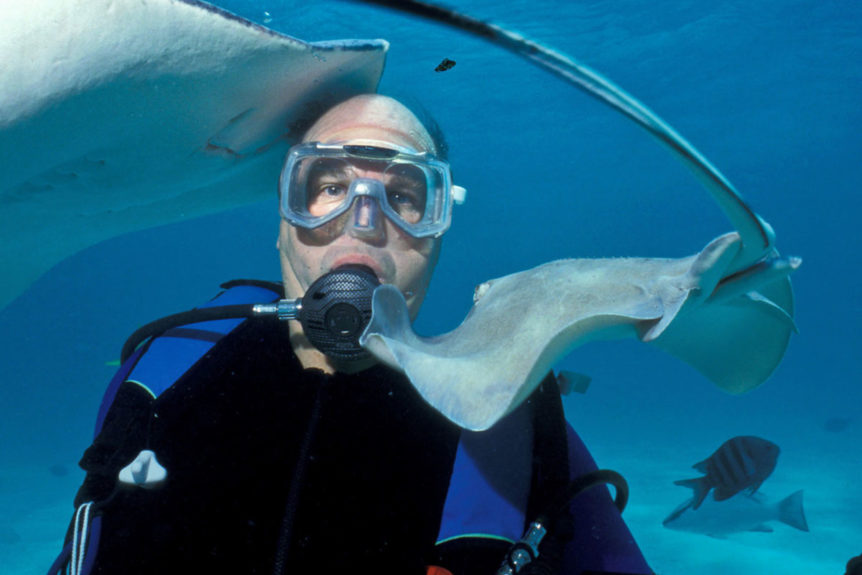 Tom Wicks’ home office doubles as a photographer’s studio—and for good reason. The founder and partner of Wicks Emmett LLP, who will be retiring in 2018 after a five-decade career, found his passion in capturing rainbow-hued underwater worlds through a Nikon cameras encased in waterproof housings.

“I’ve seen so much under water,” says Wicks, who plans to snorkel with humpback whales in Tonga in 2019. “I can pick up any dive magazine and look through the photos, and I’ve probably been there and taken a picture.”

As Wicks’ accounting days are coming to a close, his time for travel and photography have opened up—and he’s looking forward to what retirement has to offer.

When the Passion Began

Wicks began taking photos of family and nature in the 1970s with a classic SLR film camera, but his hobby really began in the 1990s after he became certified to dive.

“For about 15 years, we went to Hawaii and spent time on the Kona Coast of the Big Island,” Wicks recalls. “It’s a great place to dive. That’s where I started taking underwater pictures. It was all film back then, and I have a lot of slides.”

Cases and cases of them, he said. But once the technology turned digital in 2001, he made the switch from 35mm to digital SLRs and started traveling the globe—his favorite locales being warm, clear, blue, and tropical. Following his passion for capturing scenes of underwater life, Wicks and his wife, LaVonne, have visited some of the most beautiful tropical places on earth. Fiji, the Solomon Islands, Great Barrier Reef, Papua New Guinea, Micronesia, Palau, Indonesia, the Caribbean … the list goes on and on.

“The best underwater scenes by far are in the Eastern Pacific, in the Coral Triangle,” Wicks says. “But the Caribbean is beautiful, too.”

On Wicks’ adventures, he often participated in underwater photography workshops with world-class instructors. They taught him how to capture a scene, compose the perfect shot, and use light to enhance Mother Nature’s already-stunning color.

He has used all that instruction and experience while shooting photos of his newest muse—wildlife photography. Besides shooting stellar underwater images, Wicks has a knack for catching storytelling wildlife shots. In one, a stately lion sticks out her tongue at the camera. In another, two geese gleefully dance on mirror-calm pond. And in another, an army of bug-eyed frogs sits entranced by an off-camera oddity—likely a tasty insect.

Though Wicks loves exploring the natural wonders of the United States, Africa sits high on his photography wish list.

“I’d love to go to South Africa,” he says. “You can go on safari and also do some great diving off the coast. There are quite a few sharks out there, but …”

“… He likes to dive with sharks, by the way,” jokes LaVonne.

Until they make it to Cape Town, Wicks frequents the Wildlife Safari in Winston with his long lenses and creative eye.

“People bring back some incredible photos from Africa, but a lot of those things you can capture right here,” he says, passing around a dozen examples of stunning wildlife prints. “You don’t have to go a long way to do that.”

After years of taking photos, Wicks has amassed a gargantuan catalog of images—we’re talking thousands of slides and nearly 150,000 digital images. You can’t see them all, but you can check out his favorites on his website, WixPix.net.